Early morning drive – up and on our way at 6:00, breakfast and lunch boxes in hand. As we descended into the crater we discovered a wonderful spot to watch the sunrise. Absolutely breathtaking! Today has already started out to be an emotional day for me. The fact this is the last day of what I have wished for my entire life will soon be over. No matter how hard I try I can’t seem to hold back the tears. I know it’s going to be an amazing day!

Around the the floor of the crater so early in the morning, it felt as though we just melted into this land. Animals galore! As we made a turn, we came up on what has become my highlight of the trip. There, walking down the road right towards us was the most amazing pride, 21 strong. 5 lioness’, several young adult lions and a ton of young cubs. There were several jeeps behind them but we were the only one on our side as they made there way right to where we were. What an amazing pride it was! THIS is the dream! We watched as they all walked right by.

We continued through the day seeing one amazing site after another. We had lunch at a favorite lunch spot overlooking a hippo pool (not to be mistaken with the other hippo pools we have visited). This one was clean and a very peaceful site. Today Ally got chairs out for us to sit and enjoy our surroundings. All week I have captured pictures of the most amazing birds I have ever seen and today did not disappoint. Even though we aren’t supposed to feed them you could tell that not all visitors follow the rules (not me, everyone else…lol) because they swarm around waiting for the least little crumb. There is one particular bird that Ally told us was very aggressive so to be careful if they were flying overhead, they would swoop down and attack. We ate looking in the sky.

Leaving lunch there was a report of lions starting to hunt so we drove in that direction. From where we were we could see a large herd of buffalo heading towards the river and a couple of lions beginning to circle. Their strategy this time was completely different then what we witnessed while they were hunting zebras. It wasn’t so much creating a perimeter, this time is was more like a bait and chase tactic. While other lions were hidden along the river bed, 2 lions would charge the buffalo, encouraging them to chase them – which they did. Back and forth several times. Each time the buffalo would chase the lions back a little closer to the rivers edge. After about 30 minutes, I guess the lions figured out the buffalo were never going to get close enough, so they gave up. Have to give it to the buffalo, when they were threatened, the entire herd came to the defense. We waited for a bit to see if the lions were going to regroup, but it appeared they were in no hurry as we watched them cross the riverbed. A few jeeps also crossed over to the other side of the river so we decided to follow and there, the perfect end to the last full day; the pride from earlier in the morning, 21 strong, laying along the river, enjoying the sun and each other. We sat for over an hour watching the cubs run and chase each other. They jumped on the adults and played just like normal household kittens. As we sat there watching, the weather began to change and within 10 minutes we saw the first rain we have seen since we arrived in Africa. Not a lot but enough to close the tops and to make our way back to the main road so we would have no access issues getting out. There you have it, the perfect ending.

As we drove back to the camp the reality of the day hit me again and I could not hold back the overwhelming feeling that my lifelong dream had been fulfilled beyond any expectation I could imagine and was coming to an end. I sat in the backseat by myself on the way back reflecting on everything over the past 9 days. As we arrived at the camp I couldn’t even speak with Edward about the events of the day. I don’t even know how to explain to anyone what I feeling. Rich was gracious enough to give me a little time to myself.

Showers were most welcomed tonight. Washed my hair for the long trip home tomorrow, and set beside the fire to let it dry as we waited for dinner. As we finished dinner, Edward brought us a farewell cake. Zipped in by 9, packed and ready to head out in the morning. What a nice ending to a wonderful day. 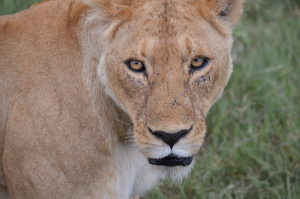 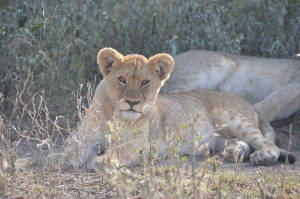 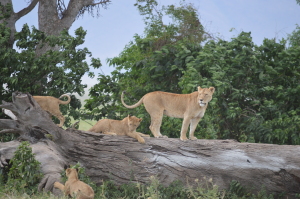